WHAT WE CAN LEARN FROM TIME’S “PERSON” OF THE YEAR 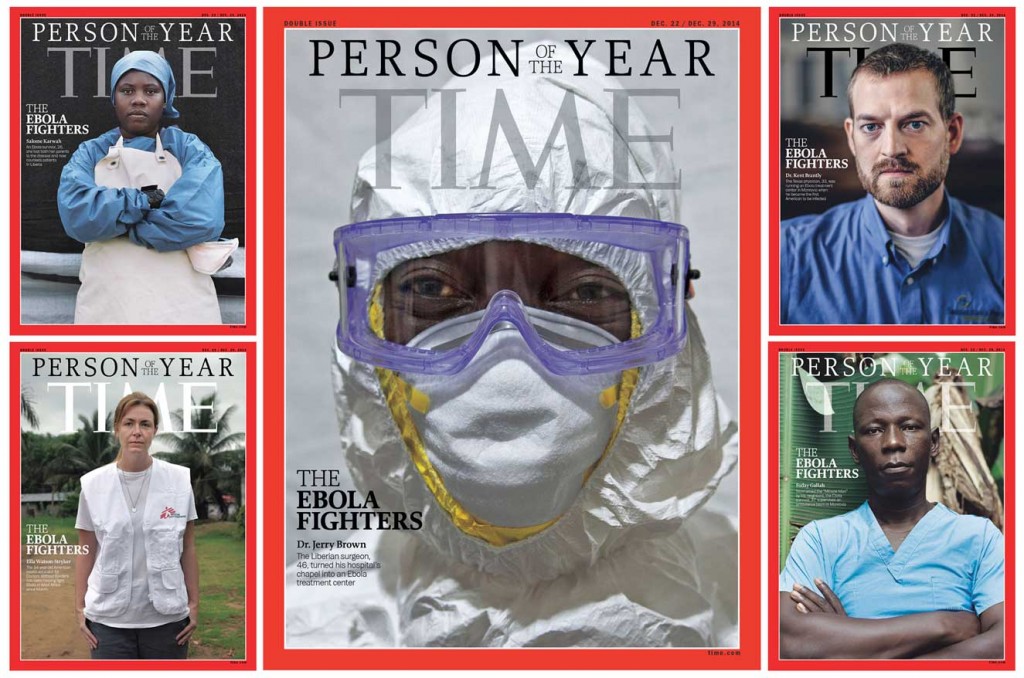 In the Sermon on the Mount, Jesus instructed His followers to “let your light shine before men, so that they may see your good works and give glory to your Father in heaven” (Matthew 5:16). Though we are not to be motivated by the lure of receiving praise from people for our own glory (see Matthew 6:1-18), Jesus does want His people to live in a way that is attractive, brings light to the world, and causes people to reflect positively on our God. Though we may feel that the many good deeds and expressions of mercy practiced by Christians in our world are often unreported or under-reported, there are times when the media and our culture stand up and take notice.

Who is Time Magazine’s 2014 person of the year? Answer: The Ebola Fighters. As you glance through the pages, you hear the stories of such people as Dr. Jerry Brown (Liberian surgeon who practices at the Eternal Love Winning Africa ministry), Dr. Debbie Eisenhut (SIM missionary), Dr. Kent Brantley (missionary with Samaritan’s Purse), and Nancy Writebol (medical aid with SIM). These are believers who risked their own lives serving others in the name of Christ, some of whom contracted the Ebola virus in the process. Though the article included heroic efforts by others who did not necessarily identify themselves as Christians, evangelical believers were well represented in this secular magazine. What are some lessons we can glean from this?