HOW IS THE BIBLE PUT TOGETHER? 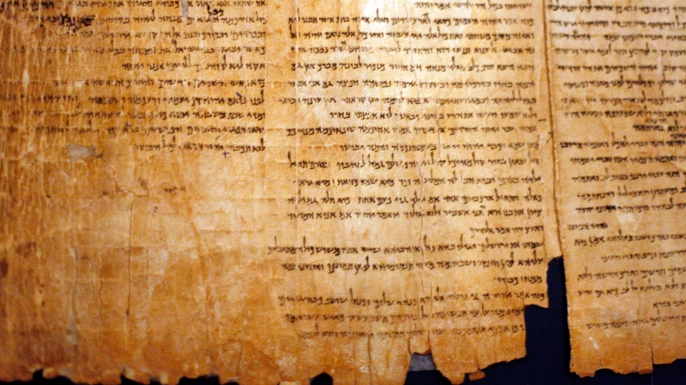 When we open the Bible, what do we find? We soon discover that this larger book is a compilation of multiple books arranged in two broad categories that are referred to as the Old and New Testaments.

Our Christian Old Testament contains the same content as the Hebrew Bible, or the Jewish Scriptures, except the arrangement is different.

The Old Testament begins with creation in the Book of Genesis and takes us to God’s dealings with Israel until about 400 B.C.

The New Testament picks up the storyline 400 years later with the story of Jesus, and closes with the Book of Revelation, an apocalyptic book that gives hope for believers about the present and the future. All the New Testament books were completed around the close of the First Century A.D.

Beyond this overview of the Old and New Testaments, what else do we discover? Is there any rhyme or reason for how these books are arranged? Are they chronological?

No, they are not always chronological—though they generally start off that way—but yes, both the Old and New Testament books are grouped by their genre, meaning their type of literature.

The Old Testament begins with the Pentateuch, the first five books of the Bible: Genesis, Exodus, Leviticus, Numbers, and Deuteronomy. The historical narrative continues with Joshua, Judges, Ruth, 1 & 2 Samuel, 1 & 2 Kings, 1 & 2 Chronicles, Ezra, Nehemiah, and Esther. These books are roughly in chronological order, although 1 & 2 Chronicles covers much of the timeline already told in the Books of Samuel and Kings.

The next section is Books of Wisdom and Poetry, including Job, Psalms, Proverbs Ecclesiastes, and Song of Songs.

Finally, we have the prophetic books, which include Isaiah, Jeremiah / Lamentations, Ezekiel, and Daniel, followed by 12 “minor” prophets (shorter prophetic works). The prophets generally have their ministry during the time of the divided monarchy (Israel in the north, and Judah in the south), and continue during the fall of Israel (722 B.C.), the fall of Jerusalem / Judah (586 B.C.), their ministry continues during the exile, and into the post-exilic time when many of those deported are allowed to return home. As mentioned previously, this time frame takes us to around 400 B.C.

The Wisdom and Poetry Books, as well as the Prophetic Books, do not follow a predictable chronology in our Bibles. A good study Bible or commentary can help you with the historical setting.

The New Testament begins with Four Gospels which tell the story of Jesus: Matthew, Mark, Luke and John. This is followed by the story of the early Christians in the Book of Acts. The next section of the New Testament are letters written by Apostles, such as Paul, Peter, and John to churches and individuals. The final book is the Book of Revelation which unveils hope for the church living in troubled times—God is in control and is the Final Judge and Victor!

If you are not very familiar with the Bible, it can be a daunting book to pick up for the first time. Hopefully this overview gives you some categories to make it a little less intimidating.

Go ahead and pick up a Bible. If you want a recommendation of where to start, why not read the story of Jesus told by one of the Gospel writers, such as the Gospel of Mark?